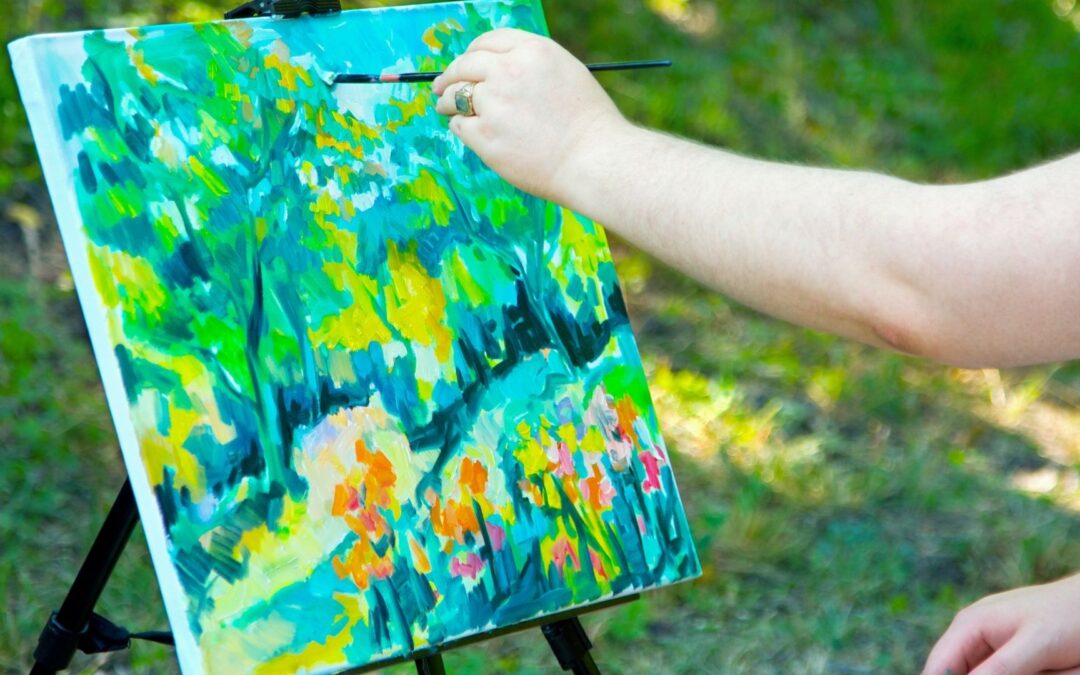 3 Trademarks of Art Inspired by Nature

Art inspired by nature is one of the most common types of art, whether it is Claude Monet’s “Water Lilies” or Teresa Icaza’s “Nightfall.” Landscape paintings are what most people think of when they think about nature-inspired art, but the traditional landscape is far from the only style of artwork inspired by nature. In fact, there are numerous movements within landscape paintings, from the Danube School to Fauvism to Tonalism, which showcase art inspired by nature from traditional landscape to more abstract and modernist styles. In other words, it’s not always easy to tell if a painting is inspired by nature, or if it just has nature in it. So, here are a few things to look for and understand to help you tell the difference.

In the United States, during the 19th century, there was an art school called the Hudson River School, which was a romantic movement that painted landscape paintings of the Northeastern United States. The goal was to show the inherent beauty of the country’s landscapes, how Americans interact with the land, and in many ways saying that American land reflected God’s values and abilities. This movement drove American pride and Nationalism. In turn, ideas like Manifest Destiny grew, and all the good and bad that came from them. Of course, the United States isn’t the only country where this is the case. Throughout much of Europe, nature-based artwork has inspired patriotism and has been based in nationalism.

Nature Inspired Art Will Acknowledge How Humans Interact with Nature

For hundreds of years art inspired by nature has looked to show how humans and nature interact and art intertwined. This dates back to at least the 14th century when Stefano di Giovanni painted works like “The Journey of the Magi,” which depicts the Magi or Wise Men’s journey through the desert to meet the baby Jesus. In more modern times, often mankind’s negative impact on nature is depicted by artists. Christer Karlstad, for instance, uses magical realism and other whimsical art styles, to depict the destruction of nature. For instance, Karlstad’s work, “Borderland,” depicts a man on his knees, seeming to hug a tree, but uprooting it in the process.

While there is no one style of art inspired by nature since this is a type of art that goes back to at least medieval times in the Western World and the 8th century in East Asia. This means that there are tons of movements and schools that have popped up over time that are inspired by nature. It can be abstract, and the colors don’t have to be bright. Some works only depict nature, while others blend humanity and nature. Depending on the artist, they may use oil paintings, watercolors, or even acrylic paint and they all bring different results for the artist who uses them. Everyone, from realists to the Catholic Church to impressionists, has had an effect on art inspired by nature. However, there is a commonality that is in most, though not all, works inspired by nature. That is that nature is depicted in some way, whether it be a plant, animal, or vast canyon and rolling mountain range. Oftentimes, these works take place from far away, which means that you get a full perspective on what is being depicted. In turn, this shows the vast expanse of nature.

Many people like to buy limited edition art prints of art inspired by nature for their home, as they feel it gives the home a brighter feeling and, in a sense, brings the feeling of being outdoors into the home. And, considering that painting is the most popular medium collected worldwide, with 83% of collections being painting based, this means that nature paintings are among the most popular. So, there are plenty of options available to fit what anyone likes for their own collection.

Choosing Between Limited–Edition Prints and...

END_OF_DOCUMENT_TOKEN_TO_BE_REPLACED

Investing in Different Art to Enhance Your Ar...

END_OF_DOCUMENT_TOKEN_TO_BE_REPLACED

How To Make Your Art Collection More Unique a...