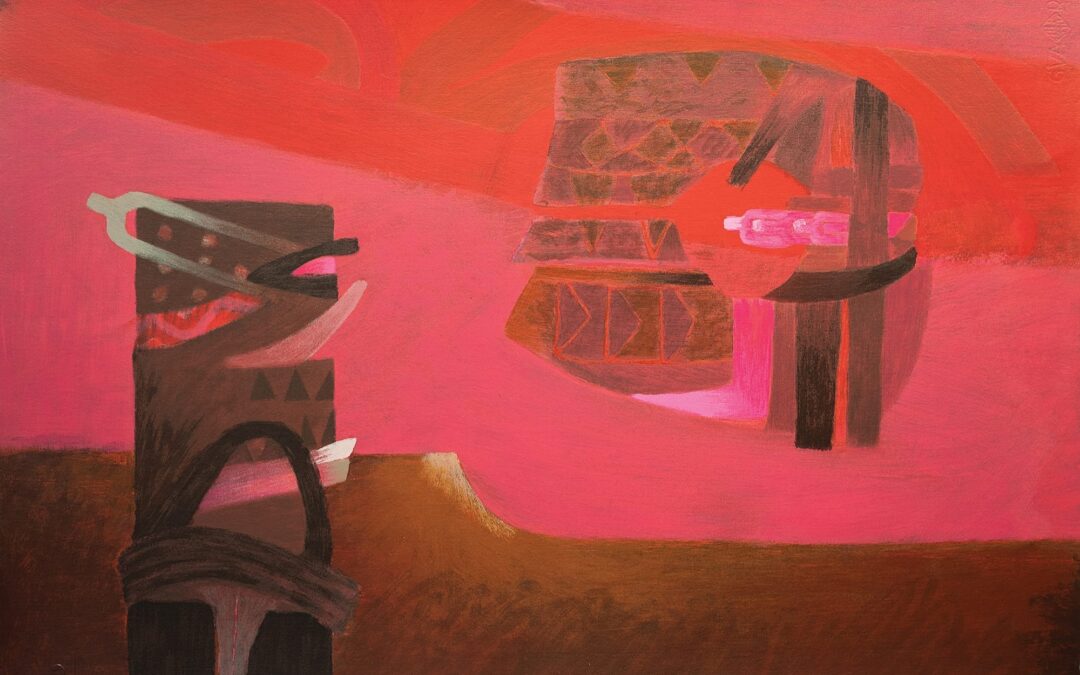 When it comes to Latin artwork, one name stands out above the crowd. Fernando de Szyszlo spent his career bringing his groundbreaking expression of Peruvian themes to an art audience that rarely focused on Latin American art. In fact, Latino and Hispanic artists comprise only 2.8% of artists whose work is displayed within prominent museums. Here is what you need to know about this revolutionary artist and what makes his work unique.

Who is Fernando de Szyszlo?

Born in Peru in 1925, Fernando de Szyszlo is a painter who was key to the advancement of abstract art in Latin America during the 1950s. He received his training at the School of Fine Arts located at the Catholic University of Lima. He spent time after graduation traveling Europe studying the works of Tintoretto, Tiziano, and Rembrandt. His influences include abstractism, surrealism, informalism, and cubism. He was also skilled as a printmaker, teacher, and sculptor as well as one of the top plastic artists in Peru.

During the 1950s, he spent time regularly meeting with local writers and artists. They passionately discussed how they all could keep their Latin American identities while engaging in the international modern movement. Fernando was also a Professor of Art at Cornell University and a visiting lecturer at several other universities in the United States. His limited edition art prints are represented in more than 100 exhibitions around the world.

What Makes His Work Unique?

Fernando’s work blended the magical realism symbols and myths of pre-Columbian culture with the art of modernism and abstraction. He used an emotional mix of color, texture, and light to connect an antique culture with a modern language. While stating that he always tried to bring his visions accurately to fine art print canvas as best he could, he admitted that his paintings could never measure up to what he envisioned. As he put it, “Painting is a murder of a dream.”

His focus was on conveying the struggles of indigenous people in pre-Columbian cultures. For example, his masterpiece entitled “Inkarri” depicts a myth in which the last Inca recomposed his body after being torn apart by Spanish colonists then defeating these invaders and restoring the fallen empire. In “Cajamarca,” the masterpiece details the death of an Inca ruler named Atahualpa during the 1532 Battle of Cajamarca. Both of these paintings reflect the violent encounters between Incas and Spanish colonists.

Fernando de Szyszlo was truly a renowned artist of his time period. His pioneering work of pre-Columbian culture revolutionized how Latin American art was seen in the modern art world of the 1950s and 1960s. His powerful view of cultural identity and pride speaks volumes on the canvas of his breathtaking masterpieces.

High Risk, Low Risk; What You Need To Know Be...

END_OF_DOCUMENT_TOKEN_TO_BE_REPLACED

A Guide To Understanding Prints