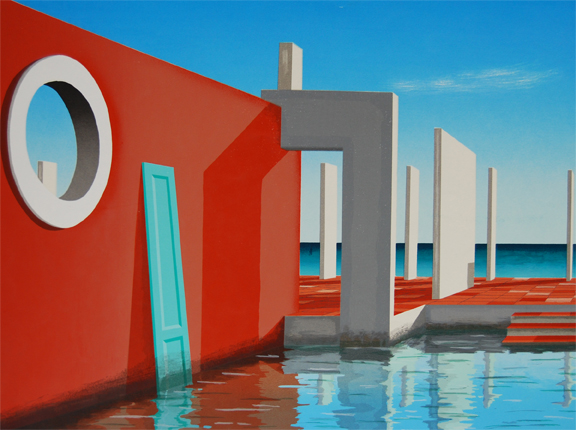 What is Magical Realism?

Fantastic Elements in a Real-World Setting

The basis of magical realism is the realist movement. That means that magical realism art is set in the real world, and often focuses on ordinary people who do ordinary things. However, what makes magical realism different from traditional realism is a fantastic element that is added to the work. This may not be something as obvious as a witch casting a spell, but it could be gravity not affecting everything as it should or light not acting in a typical way.

There’s Two Grouping of Magical Realism as a Visual Medium

By the very nature of magical realism, it is juxtaposing different styles. This comparison of what is real and right in front of our faces to the fantastic is one of the great strengths of magical realism. Those fantastic elements draw attention to what is being critiqued by the art and emphasize the issues present.

Why You Should Add Magical Realism Paintings ...

END_OF_DOCUMENT_TOKEN_TO_BE_REPLACED

What Should New Art Collectors Know About Mag...

END_OF_DOCUMENT_TOKEN_TO_BE_REPLACED

What Are Some of the Best Ways You Can Suppor...